time isn't after us.

welcome to my carrd. my name is lauren, but you
can call me nano if that's more comfortable. 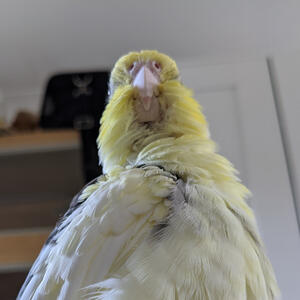 i was born in rural britain but i've moved all over since then, and i'm currently living near wales. i am a former art student who's currently looking for commissions and general work. i have asperger's syndrome, depression and anxiety and fibromyalgia.

animal crossing (let's go to the city/city folk, new leaf, new horizons)
pokemon (most of the games, but not gen 1/2 or sw/sh)
the legend of zelda (original nes, a link between worlds, breath of the wild, minish cap)
hollow knight
stardew valley
starbound
dungeons and dragons 5th edition
catan!

schindler's list is my favourite film, inside no. 9 is my favourite show ^^
i enjoy mbmbam, taz and critical role :3
other interesting shows/films include hot fuzz, night mind (youtube), parks & rec, black mirror, taskmaster! honestly you gotta watch taskmaster it's so good

greek mythos! i love studying other religions - in particular judaism! if you are jewish or were raised in a jewish household then i'd love to hear about your beliefs, i don't know why but i find it all so interesting <3
i also love musicals! west side story is criminally underrated in modern times pleaseeee watch it! i'm pretty open-minded to newer musicals but i'm a traditionalist and west end girl at heart.
i collect cds and records, currently working towards a full billy joel collection of cds and i'm starting a talking heads collection on vinyl! i'd like to collect xtc too but they're a lot harder to find haha.

where can you find me?